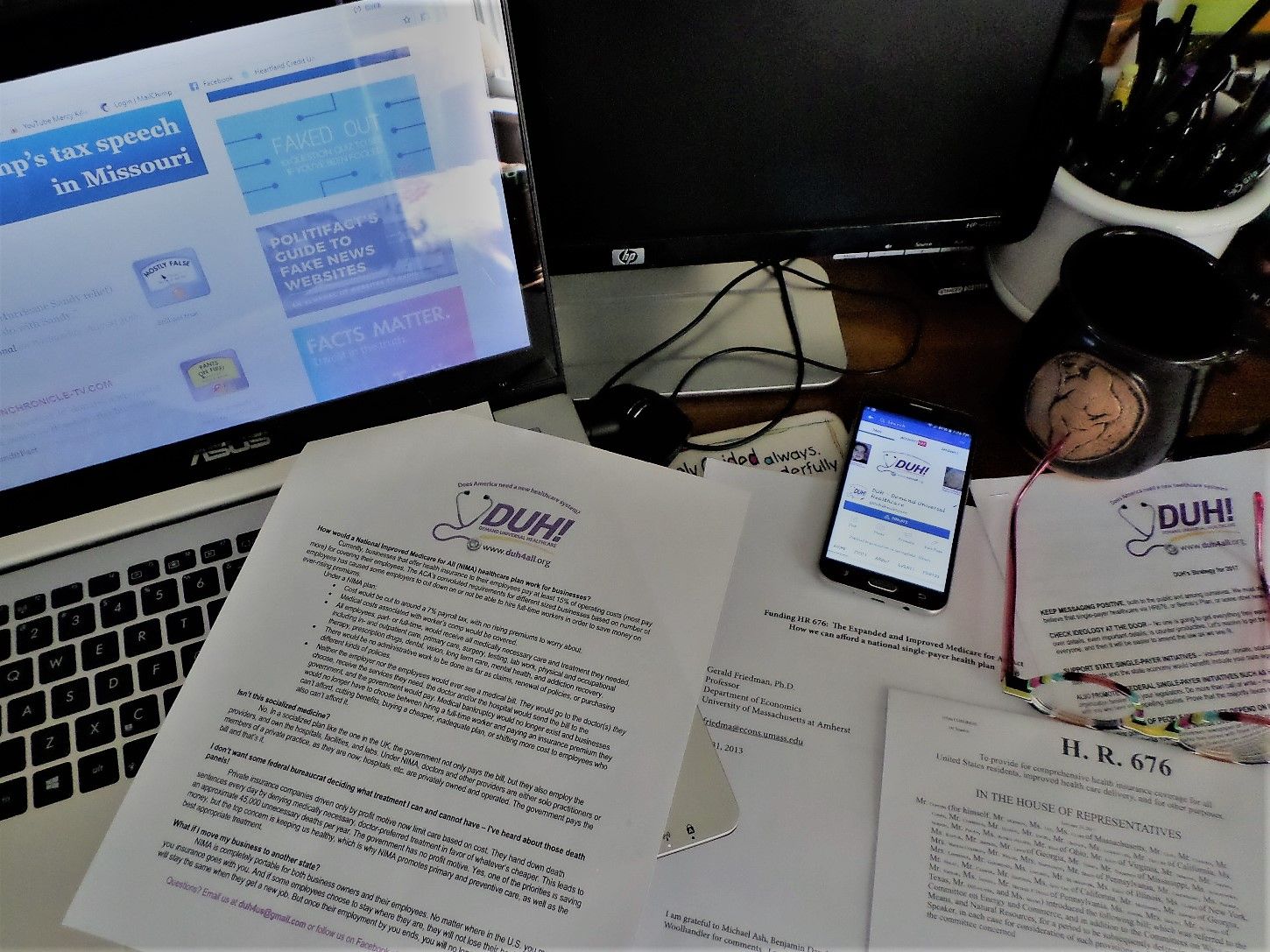 One of the most powerful tools we have in the work to bring Healthcare for All into reality is an informed team of advocates and that means YOU!

While we strive to always provide true and consistent information, with legislation it's impossible to predict what would be added, deleted, or changed in the process of the bill becoming a law, especially where funding is concerned. As we wait to see what, if anything, happens to H.R. 1384 and S.1129, we caution you to realize that any funding information isn't set in stone. Be sure to check in again  for updates.

This is why DUH will be watching the Congresspeople we endorsed due to their stated support of a single-payer healthcare system, to see if they stand by the position that won our endorsement. The unfortunate installment of avowed anti-healthcare corporate queen Pelosi as Speaker means extreme pressure will be aimed at them and it's up to us to make sure they know WE have their backs in the 2020 election when the DCCC threatens and refuses to support them. This time it won't just be about voting for them - we need to start now rewarding every right move they make with coverage the mainstream won't provide, with donations, with volunteers, with applause for sticking to their guns and not selling out!